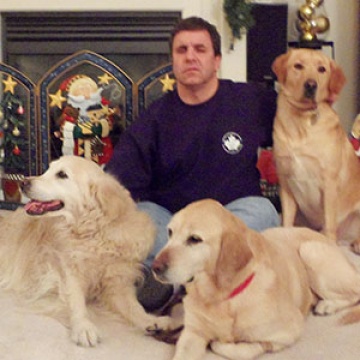 I have been blind since birth and am from Winnipeg. In the mid 1960's, Manitoba probably had a population equal to less than half the number of people who lived in Toronto. Consequently, the provincial government of the day believed it was more economical to send students with visual disabilities to the W. Ross Macdonald School in Brantford, Ontario than it would have been to educate us locally in our own neighbourhood schools.

I attended the W Ross Macdonald School from grades 1 through 11. As you can imagine, the separation from our families and communities was hard on most of us as young students. In spite of this, we managed to form bonds and friendships and have many happy times.

Looking back, There is no doubt in my mind that while difficult, going away to school was the right thing to do. I credit my time at the school for exposing me to sports, which ultimately made it easier for me to integrate not only into a regular high school for my final two years, but which helped pave the way for me to join a competitive, ablebodied swim club as well.

I wanted to compete at the Paralympic level. In the 1970's, sport for the visually impaired was in it’s infancy. Even so, I realized that to be successful I would need to train far more intensely. I had a foundation of skill and persuaded a coach in Winnipeg to take me on as a part of his ablebodied swim group. In retrospect, this coach was the champion who helped open the door to my Paralympic experience. Some of us are fortunate enough to have a person who believes in us and who is willing to go the extra mile. Its funny how life works. Since I met the coach who guided my career, several others like him have given me opportunities in education, employment, and community life that I never would have thought possible.

I went on to compete in Four Paralympics, winning 28 medals in all. I competed in numerous other competitions nationally and internationally during my swimming career, travelling to destinations I probably never would have visited otherwise. With the exception of my recently completed Master’s degree, my post-secondary education was paid for almost entirely by Sport Canada. I know I owe the quality of life I enjoy today to the opportunity I had many years ago to get involved in sport for the disabled; to dream; to pursue my goals; and to achieve on behalf of my country on the international stage.