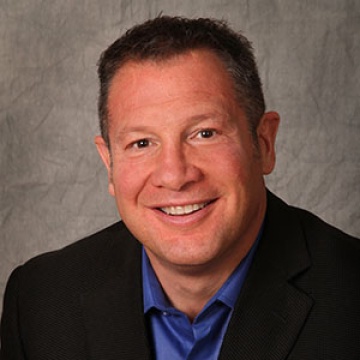 A Story Of Survival

My name is Mitchell Ravvin and I am the Owner of Rave Results, a professional fundraising service that assists small and medium size nonprofits. I was born and raised in Calgary, and other than a couple of work stints in both Toronto (4 years) and Los Angeles (1 year), I have lived in Calgary for the majority of my 50 years of life.

Since graduating from University in Calgary with a Bachelor of Commerce, I have worked as a Realtor/Developer in the Commercial Real Estate business, an Investment Advisor for a major financial institution, and for the past 9 years as a professional fundraiser. I did, however, come back to an old passion of mine, Boxing, later in life that I had briefly discovered when I was about 17 years old.

While I was practicing real estate in 1992 and living in Los Angeles, I got the bug to get back in better shape and join a Boxing gym; 4 years later and with many more Amateur bouts under my belt, I decided to take a year off and become dedicated to being a Professional Boxer.

I had a few professional boxing matches during that year, winning my first two fights in Calgary and Red Deer; unfortunately, Prince George wasn’t as good to me and I took on an opponent with skills and a record much better than mine. I was knocked unconscious and suffered a severe concussion, and a mild traumatic brain injury.

Because of this knock to my head, and some repeated head trauma that I had sustained during the rest of my active life, it left me with many symptoms of what I found out later was post concussive syndrome; symptoms included feeling very depressed and confused. After a few months in the hospital and trying several different medications, I finally found a medication that worked - albeit only for a while.

By this time I had become a practising Investment Advisor. Unfortunately, I had to leave work in 2001 and re-enter the hospital for another few months. There I had several diagnoses as to my condition. Between the head injury and some mental health issues in my extended family, the hospital doctors had different ideas and prognosis as to the therapy I required. Fortunately, my mother had a connection with a doctor who specialized in neuropsychiatry, and who was able to properly diagnose me, prescribe a more effective series of medications, and suggest recommendations for maintaining my wellness.

Although both chemical depression and a mild traumatic brain injury are with me for life, I have been able to live a pretty normal life other than a few small hiccups over the past 10+ years. In addition to continued medication and ongoing consultations with the doctor who my mother had introduced me to, I have also found that Yoga, better nutrition, regular workouts, and a change of vocation have all contributed to my daily wellness. I left the investment business to use my skills in a less stressful environment - the fundraising world - although it is hard to say how much less stressful this vocation really is!

About four years ago I also decided to rescue a dog named Lucus. Other than my Mother, I believe this was my first true experience of unconditional love. Lucus may require regular walks, and he likes to stay very busy and has unique ways of challenging himself; however, this is a small price to pay for such an immense amount of joy I receive from him. Lucus is great therapy, in addition to all of the other methods mentioned previously.

I believe that learning to be a warrior both physically and mentally over my life has helped my initial recovery, as well as my discipline to maintain my wellness for many years since. For anyone in my situation, who may have experienced a physical injury along with mental health challenges, I hope that my story of survival can help others that may not have the same support network that I had and which I continue to lean on from time to time.

Being physically active makes a huge difference in my life, as I believe it does for everyone who enjoys active living. Research has shown that being active is even more important when one has a disability due to the health benefits and greater level of self-esteem promoted through physical activity. I believe in the message that active living is for people of all abilities, and that we all have a story of hope and possibility to share.