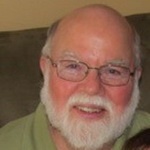 Rick was elected to the Coordinating Committee in the fall of 2016 and appointed as Treasurer.

At the University of Guelph in the mid-70’s, Rick was Assistant to the Director of Intramurals and Recreation. He was a founding member on the volunteer Board of Directors that was laying the groundwork in the development of a national association - the Canadian Intramural Recreation Association. Rick then accepted the position of Director of Recreation and Intramurals at Mount Allison University in Sackville, NB, a position he held for 4 years. By 1981, CIRA had grown as an organization and the association hired Rick as the first Executive Director. In 1982, they moved to offices at the National Sport and Recreation Centre in Ottawa.

CIRA promoted “something for everyone” through physical activity in intramurals and recreation, at all education levels and advocated participation for all, including children and youth of all abilities. They also developed a student leadership development program, which provided students with tools and training that helped them design and implement their own intramural and recreation programs. Peer led programs resulted in increased student participation in various inclusive physical activities. In recent years, Rick has been involved in home renovations and has done a number of renovations that adapted bathrooms and accesses for persons with disabilities.